John Simms, the Founder & President of CMDI, recently shared his thoughts about the election results and predictions about what's to come on Medium. An excerpt is below.

When elected officials stop paying attention to voters, they are punished at the polls. They are rewarded with reelection when they do. That is the backbone of our Republic. That system protects both of us equally even though we may have very different ideas of the role of government. We avoid revolutions and coups by letting the voters decide.

Big upheavals (like Tuesday) happen when politicians lose track of who they represent. In this case, the “Basket of Deplorables” doesn’t like being called racists, bigots, sexists, and homophobes. Do those people exist? Sure. But for the vast majority of people, Democrats and Republicans alike, these labels are unfair and untrue. Most non-college educated rural white men are none of those things. This is another bogeyman created to generate fear and division in order to activate certain voter segments who don’t mix with “that social class” and don’t know otherwise. 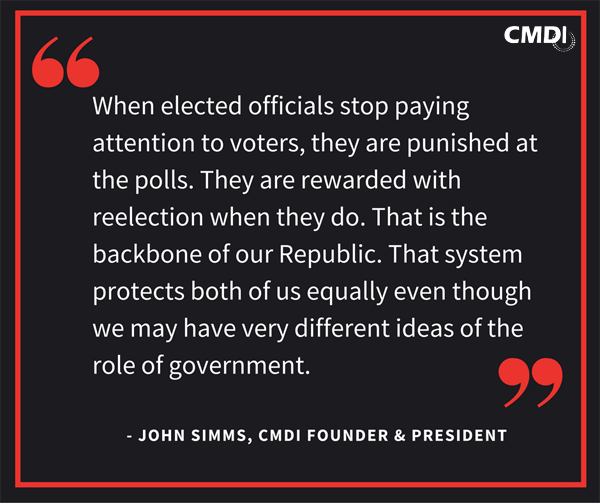 My prediction is that the next session of Congress will be more smooth than one might expect. Most of what is passed Democrats in the Senate and House will like. If fact, much of the legislation proposed by Democrats during the Obama administration was designed to gain favor with certain voter interests and make Republicans look like obstructionists, knowing that Republicans would never allow it to pass. If Democrats had believed it would pass, they never would have proposed it. (Republicans do it, too; it’s just an unseemly political game.) Most of the Democrat leadership actually knows what needs to be done and now will find no political advantage to putting up much of a fight.

If the Democrats try to routinely filibuster legislation, they will pay a big price at the polls in 2018. Democrats have 25 Senate seats up in 2018. If they try to obstruct, many of them will lose in 2018. Many of them will lose in 2018 anyway because that’s just what happens when one Party has so many seats at risk. They really increase their chances of losing if they obstruct. At least one Democrat already gets it and is rumored to be considering changing Party allegiance to Republicans before the next session of Congress.