Infographic: The Final Numbers for the GA-6 Special Election 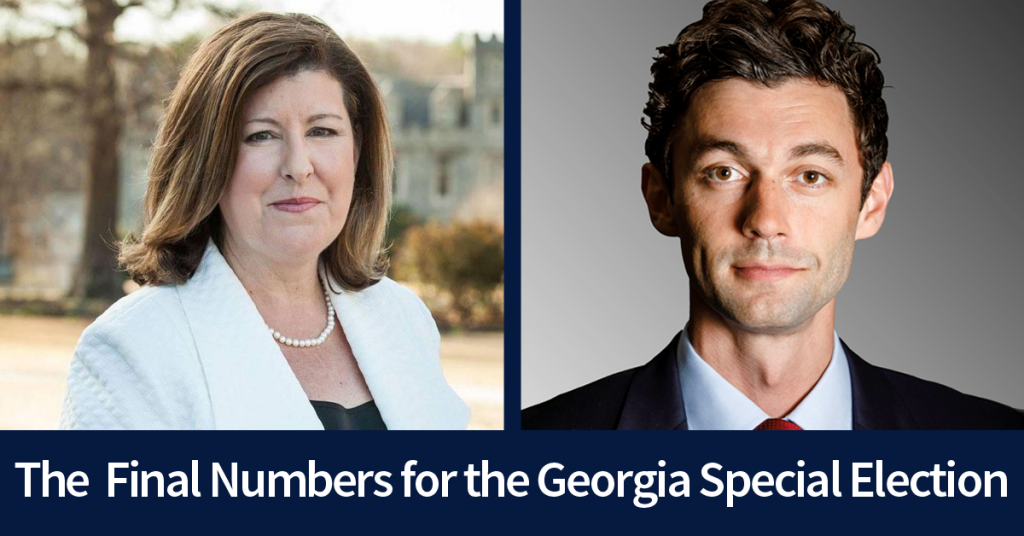 Immediately following the results of the special election in Georgia, we knew two things: Karen Handel won, and it was the most expensive House race in history.

However, we didn’t know the exact totals because final FEC reports weren’t due until the end of July. At the time of the election, the New York Times estimated $55 million was spent between outside spending and campaigns. This staggering estimate far exceeded the previous record for the most expensive House race. That record was held by the 2012 race for FL-18 between Allen West and Patrick Murphy, which totaled more than $29 million.

When the reports were filed, long after the race disappeared from headlines, the totals were higher. Between the two campaigns and outside spending, $64 million was spent.

How was so much money spent in the shortened time span of a special election?

At the time of the election, the media estimated that Jon Ossoff, Democrat, had raised nearly $24 million. According to final reports, his campaign raised an eye-popping $30.2 million.  He also spent all of it and went into additional debt.

Karen Handel, Republican, lagged far behind in fundraising. She was estimated to have raised $4.5 million, but raised more than $6.5 million. Her campaign only spent $6.2 million and ended the race with nearly $429,000 cash on hand.

Despite setting fundraising records for a House race, Jon Ossoff’s campaign ran up debts of $418,877 and had just $12,704 cash on hand according to their final FEC report. Ossoff loaned his campaign a total of $300,000 in two payments:

While records show that he was reimbursed $17,530 for expenses on April 18, his campaign has not repaid either of these two loans yet. Handel’s campaign reported no debts.

The infographic below breaks down this spending. 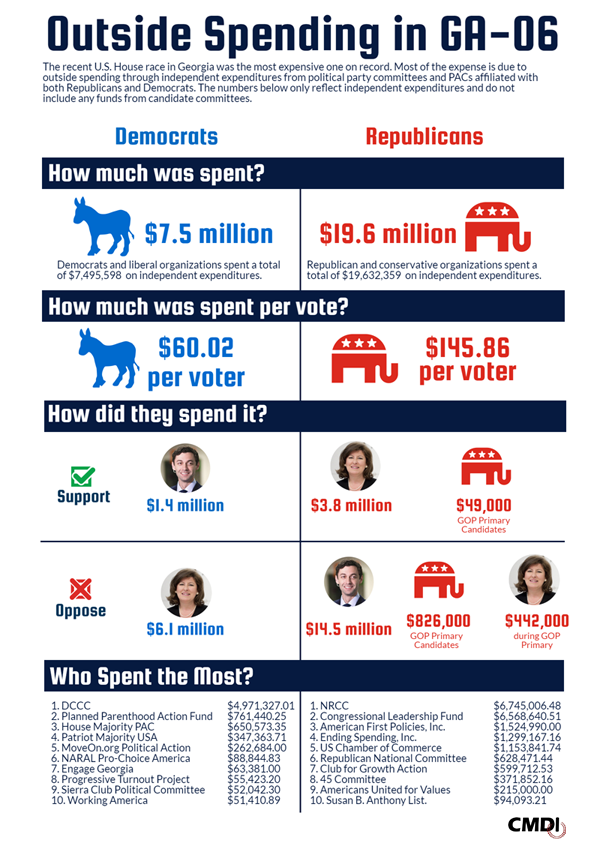 After Dr. Tom Price was selected to serve as the Secretary of Health and Human Services for the Trump administration, a total of 17 Republicans entered the race. In addition to a few self-funded candidates, outside groups spent about $2.7 million focused only on the GOP.