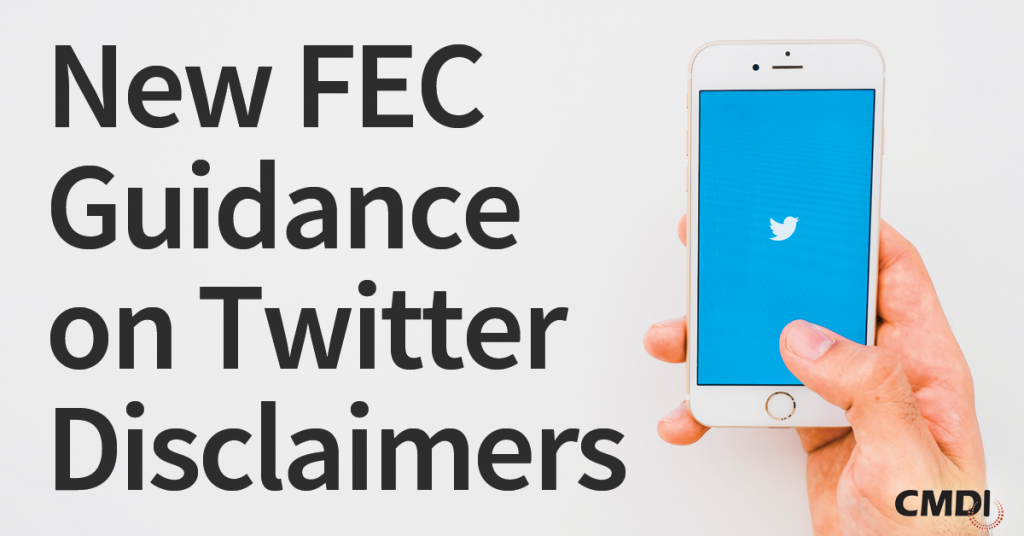 Last week, the Federal Elections Commission issued an Advisory Opinion on how PACs can use Twitter handles in disclaimer language.

Historically, this has been a vague issue with social media falling under the same category as bumper stickers and skywriting. However, the revelations that a Kremlin-linked company purchased more than $100,000 in ads on Facebook during the 2016 cycle, prompted FEC commissioners to act. Last week, they voted to reopen public comment for possibly changing the rules surrounding the disclaimer requirements of online ads.

This AO, in response to a request by Dan Backer on behalf of Great America PAC and The Committee to Defend the President, might offer insights into how the FEC will tackle the issue of regulating online ads.

However, they also voted that a Twitter handle is not sufficient to replace the requirement for the committee’s permanent street address, website, and phone number. The AO explains that legislation specifically requires this information to be included in disclaimers.

When asked if these two PACs could use Twitter without including a disclaimer on the profile pages, the commissioners were unable to reach the requirement of four affirmative votes. Thus, they were unable to vote on if it was sufficient for a profile to merely contain a link or web address of the PAC’s website, which contains the full disclaimer, nor decide if it was sufficient to include the disclaimer in a Twitter profile graphic.