The FEC Is Down to 4 Commissioners. What Happens Now? 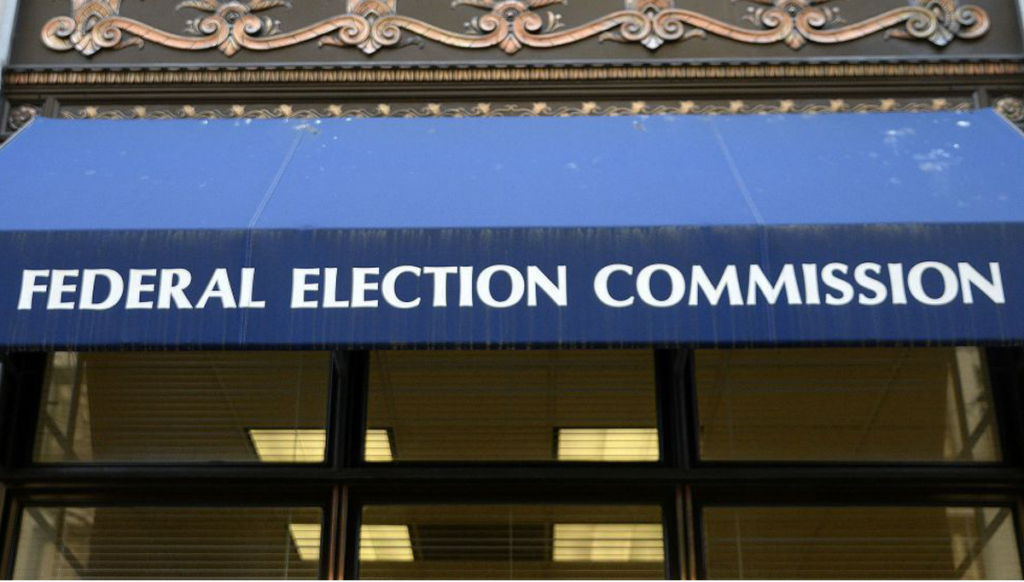 After announcing his intentions to resign from the Federal Elections Commission last fall, Commissioner Lee E. Goodman will officially step down on February 16.

With Goodman’s departure, there will only be four commissioners serving at the FEC. Last year, Ann Ravel, a Democrat, resigned and left an open seat. The Washington Post also reports that Steven T. Walther, an independent, is contemplating resigning.

The Commission requires that every action receives four affirmative votes. Given the current make up, with two Republicans, one Democrat, and one independent, major rule changes are unlikely to happen until at least one more person joins the six-member board.

This requirement casts doubt on the adoption of the anticipated rule changes to online political advertising regulations. At the end of January, Commissioner Ellen Weintraub told a technology conference that a draft of changes were expected soon. According to Bloomberg, she optimistically stated, “I’m hoping that we are going to be able move this rule-making forward within this election cycle.”

However, with only four commissioners present, any decision will have to be unanimous. It is far more likely that the FEC will be mired in a stalemate until the US Senate moves to confirm new Commissioners.

How does the FEC function?

The FEC is governed by six commissioners nominated by the President of the United States and confirmed by the U.S. Senate. Commissioners serve staggered six-year terms with two seats expiring each year. However, Commissioners can serve as “holdovers” beyond their term if the sitting president does not replace him or her. Currently, all four remaining Commissioners are in holdover status. If President Trump desired, he could nominate five more individuals to replace the current panel.

By law, only three members can be from the same political party. Since two members are Republicans, President Trump can only appoint one more Republican. However, he is not required to appoint a Democrat to replace Ravel’s old seat and instead can appoint an independent. If Trump is successful, the FEC would be made up of three Republicans, two independents, and one Democrat.

An FEC shutdown is not unprecedented. In 2008, the agency was down to only two Commissioners for six months. While the agency employs around 350 full-time staff, federal regulations require an affirmative vote of four Commissioners to take any action on assessing fines, issuing Advisory Opinions, making rule changes, opening investigations, participating in legal cases, and other matters to enforce regulations.

What is Trump doing?

Last fall, President Trump nominated Trey Trainor, an attorney from Austin, Texas, to fill the remainder of Goodman’s term that expires in 2021. Goodman described his nominated replacement as having “libertarian perspective.” According to the Washington Post, Trainor has:

…pushed for less regulation of money in politics. In Texas, he fought efforts by fellow Republicans to require politically active nonprofit organizations to disclose their donors, saying that such a law “would have a chilling effect on anybody's ability to speak.” At the time, Trainor represented Empower Texans, a conservative advocacy group that targeted GOP sponsors of the measure and fought the Texas Ethics Commission's push for the group to reveal its donors.

While the Senate has not taken up the confirmation of Trainor, attacks against his nomination have started and indicate that the process could be acrimonious. Battles over FEC appointments have happened before and contributed to the 2008 paralysis.

Trump also has not nominated anyone to replace Ravel’s position at the FEC. Interestingly, Don McGahn, the current White House General Counsel, is a former FEC Commissioner. Thus, a member of Trump’s inner circle understands the intricacies of the Commission from a first-hand perspective.

Will the Senate act?

Given the heightened awareness of Russia’s attempts to manipulate the 2016 election, the U.S. Senate has taken an active role in holding hearings and introducing legislation for online ads, the Honest Ads Act. Since this bill has struggled to gain traction in either the House or Senate and faces opposition from tech companies, Senators seem eager for the FEC to address the issue through rule-making rather than new legislation.

However, there are currently 146 nominations awaiting confirmation in the Senate. Because it is highly unlikely for any major rule changes receive four affirmative votes at the FEC, the agency is completely dependent on the Senate confirming the nomination of Trainor or anyone else that President Trump nominates.

Is this issue important enough for the Senate to prioritize the FEC?