At the end of June, the Federal Election Commission will hold a hearing on proposed rule changes for online ad disclaimers. In advance of the meeting, the Commissioners released a series of example ads that highlight how disclaimers would look with rules from each proposal.

The FEC created 18 graphic ad examples that range from a 720×300 banner to an 88×31 microbar. Each example provides explanations if the disclaimers met the criteria established in both Alternative A and Alternative B proposals.

Both Requirements Met for Alternatives A and B

This 720×300 px ad with a disclaimer that takes up 10% of spaces meets the requirements of both proposals:

Acceptable Under Alternative A 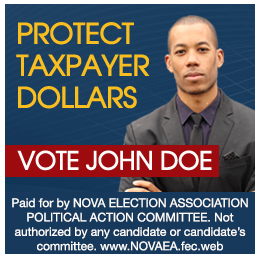 Since the full disclaimer in the ad above takes up too much space, the adapted disclaimer for Alternative A can be used. Under these rules, only the name of the ad’s sponsor needs to be displayed with a clear indicator (the circle with an i) that provides additional information. This ad would also meet the requirements of Alternative B’s adapted disclaimer.

The ad on the right would meet the requirements for Alternative B’s adapted disclaimer. It includes the payer’s name as well as an indicator. (The words “Paid for by” are linked to a page with the full disclaimer language.)

If your campaign or PAC plans on placing online ads in the next few cycles, please read through the full proposal and view all 18 example ads that present various scenarios. The FEC will hold a hearing on the proposals at the June 27 meeting. It’s not known when the a vote will be held, so please look for updates.