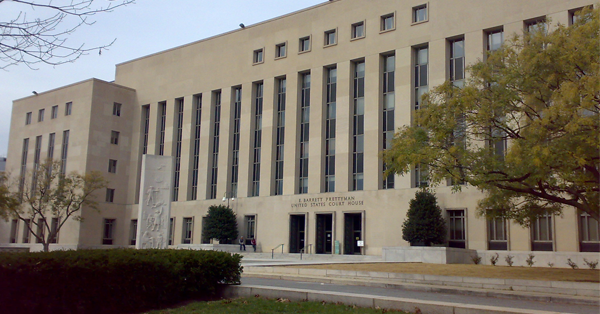 A recent federal court decision may have long-lasting repercussions for 501(c4) organizations engaged in political activity.

According to NPR, this decision vacates a FEC regulation dating back to 1980:

Chief Judge Beryl Howell, of the U.S. District Court for the District of Columbia, threw out a regulation adopted by the Federal Election Commission in 1980. The rule said that “non-political” groups, such as 501(c) nonprofit organizations, could ignore a disclosure law if donors' contributions were not earmarked for specific advertisements — an exception that wasn't in the law passed by Congress.

Will there be an appeal?

While the FEC could appeal the decision, it would require a unanimous vote by commission members. Regulations require that all actions receive four affirmative votes by commissioners, and there are two unfilled positions. Current members are split between two Republicans, one Democrat, and one independent, so a unanimous vote is unlikely.

CREW's lawsuit focused on FEC treatment of spending by the 501(c)(4) group Crossroads GPS, and Crossroads intervened as a defendant. Spokesman Chris Pack said Monday evening, “This was wrongly decided and we will proceed accordingly after reviewing an array of legal options.” Crossroads GPS spent $71 million on independent expenditures in 2012, the cycle examined in the lawsuit. It was dormant in the 2016 elections.

The FEC now has 45 days from the date the decision was released on August 3 to issue interim regulations and 30 days to reconsider the original complaint filed by CREW. It is unclear what will be required for the 2018 mid-term elections.

Which donors must be disclosed?

The ruling in CREW vs. FEC only applies to independent expenditures, which the FEC defines as:

An expenditure for a communication that expressly advocates the election or defeat of a clearly identified candidate and is not made in cooperation, consultation or concert with, or at the request or suggestion of, any candidate, or his or her authorized committees or agents, or a political party committee or its agents.

According to the Center for Responsive Politics, 501(c)4s can engage in issue ads:

The ruling only applies to what the FEC terms “independent expenditures” — that is, communications that explicitly call on voters to support or oppose certain candidates. While independent expenditures make up a significant portion of “dark money” spent in elections — more than $733 million since 2010, when the Supreme Court’s Citizens United decision came down — it is not the only way dark money gets into elections. These groups spend heavily on stealthy political ads framed as “issue ads,” and this decision will not affect their ability to buy such ads in the future.

What is CREW vs. FEC?

On November 12, 2012, CREW filed an administrative complaint against Crossroads GPS for IEs made during 2012 election cycle. CREW maintained that Crossroads GPS should have disclosed the donors contributing to the $6 million spent trying to defeat Senator Sherrod Brown (D-OH).

Three years later in November 2015, the Commission failed to get the required four votes needed continue with the investigation  with a 3-3 tie. One month later, they unanimously voted to dismiss the complaint.

The following February, CREW filed a lawsuit in the U.S. District Court of the District of Columbia. On August 3, the court ruled:

For more information on CREW vs. FEC, please see the FEC's website.