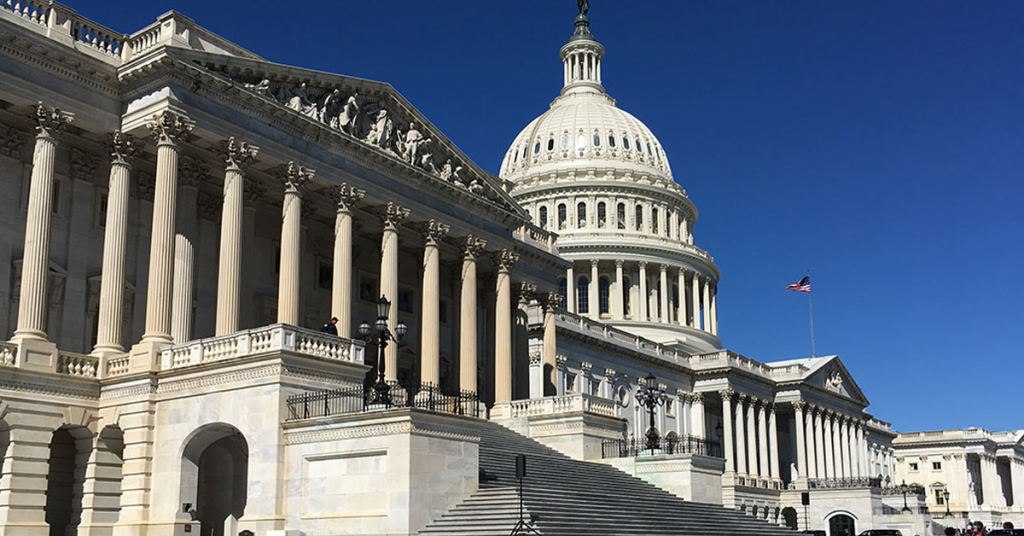 Update: On Friday, September 21, President Trump signed the Energy and Water, Legislative Branch, and Military Construction and Veterans Affairs Appropriations Act, 2019. The FEC immediately released a statement that U.S. Senate campaigns are now required to submit their filings with the Commission rather than the Secretary of the Senate. They are ready to accept electronic filings, and issued new guidance helping Senate campaigns make this transition.

For more information on how to prepare for e-file in time for the October 15 deadline, please see our post here.

After trying for nearly 20 years, Congress passed a provision in the “minibus” that approved electronic filing for FEC reports in the Senate. This has been a recommendation from the Federal Election Commission since 2002, and they estimate that it will save nearly $900,000 annually. Immediately following passage of the minibus in the House, the FEC announced:

Congress has passed and sent to the President the Energy and Water, Legislative Branch, and Military Construction and Veterans Affairs Appropriations Act, 2019, which includes a provision that makes the Federal Election Commission (FEC) the official point of entry for all Senate filings. If signed, the legislation would subject Senate filers to the electronic filing requirements that have applied to all other committees since January 1, 2000. The Commission will provide additional information for filers upon enactment.

In 2017, the Senate Campaign Disclosure Parity Act was introduced by Senators Steve Daines (R-MT) and Jon Tester (D-MT). This year, Senator Daines attached the one-sentence bill as a provision to the FY 19 Legislative Branch appropriations bill. The conference report of the minibus passed both the House and Senate last week, and President Trump indicated he will sign it.

According to Politico's Morning Score, the change will happen quickly once the bill is signed:

A spokesperson for Sen. Steve Daines (R-Mont.), who helped shepard the provision in the minibus, told Score that the change would take place once the bill is signed — meaning that Senate campaigns will file electronically for the big Oct. 15 quarterly filing deadline. An FEC spokesperson told Score that the agency expects to issue guidance to campaigns once the president signs the bill into law.

Most federal candidates use software, such as Crimson and CrimsonFiler, to manage their campaign finances, but the existing law required that U.S. Senate candidates to submit printed copies of their FEC reports. This created a complicated process:

1. The Senate candidate committee printed their FEC reports and hand delivered or mailed the paper report to the Secretary of the Senate in Washington, D.C.

2. The Office of the Secretary of the Senate scanned each page of every report, which were sometimes thousands of pages long, and then sent the scanned versions to the FEC.

3. The FEC sent the scanned reports to a government contractor in Maryland, which digitized the images to make them searchable. Some of this work required that information be manually entered, which was subcontracted to another company in California. This company occasionally used overseas labor for the data entry, prompting concerns over security and error rates.

4. Once the lengthy digitization process was complete, which could take up to a month, the documents were published on the FEC’s website.

Not only does it take weeks for Senate reports to be posted online, but also this transcription process resulted in errors. According to a report from the Center for Public Integrity, more than 5,900 errors were found in candidate disclosure forms and could be traced back to the process of digitizing the paper reports. A comparison of digitized reports and electronic filings found a significantly higher error rate:

When it comes to campaign finance data, a certain number of errors are guaranteed, as candidates and treasurers often improperly enter their own data, even when using straightforward electronic filing methods.

Starting next month, U.S. Senate campaigns should be able to electronically file their quarterly reports directly to the FEC. Once this bill is signed by President Trump, the FEC is expected to issue additional guidance. CMDI will post updates as this information becomes available. You can also listen to the Advisory Opinions episode where the Senate e-file bill was discussed.