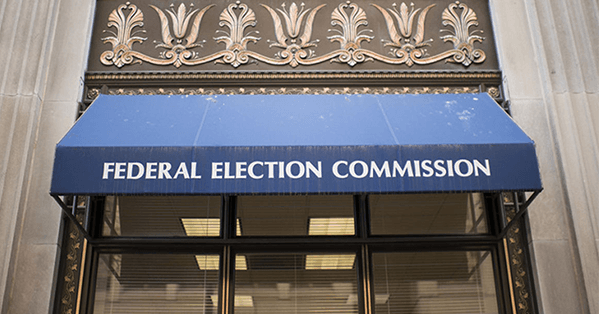 The new members bring the totals to three Republicans, James E. “Trey” Trainor, III, Cooksey, and Dickerson, two Democrats, Ellen L. Weintraub and Broussard, and one independent, Steven T. Walther. Only Weintraub (appointed 2002) and Walther (appointed 2008) are serving past expired terms and can be replaced by a Biden administration nominee. Since the FEC is limited to three members from each party, President Biden can only nominate two Democrats.

Broussard, the new Democrat, serves as the chair for 2021. She previously worked as counsel to Commissioner Walther for six years at the FEC and is the first African-American to be appointed. Dickerson, a new Republican, is serving as the vice chair for 2021. He previously worked as the legal director for the Institute for Free Speech. The other new member, Cooksey, was the general counsel for Senator Josh Hawley (R-MO) and is the youngest person to ever be appointed.

With the full commission restored, the regulatory agency can address the backlog of 298 active cases, 90 inactive cases, 37 active investigations, and 200 reports pending a final vote. They can also take actions that require a quorum of votes to consider including:

While the FEC offices are closed due to the pandemic, the agency remains active, and committees must still file reports according to 2021 deadlines. The commissioners recently announced new contribution limits for the 2022 cycle and published their meeting schedule for the 2021 calendar year.